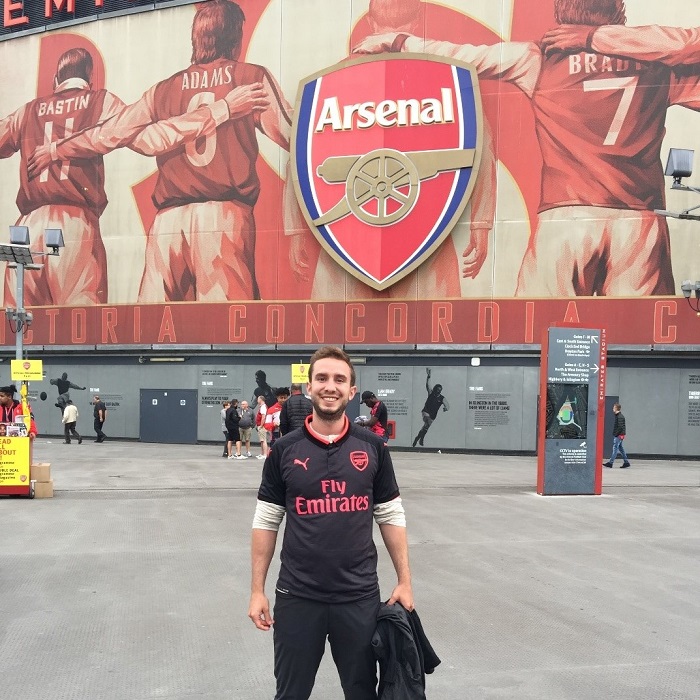 I am a super competitor and an athlete. But most of all, I’m a dedicated fan. I watch sports whenever I can, and if I can’t watch, I listen, read and generally absorb as much competitive content as I can. So like billions of other fans around the world, I’m feeling a little starved for professional competition.  I’m feeling deprived. But, I’m also feeling a little reflective.

About a month ago I watched “This is Football” and geez, what a show. Talk about giving you goosebumps and such hope when things seem to be in such despair. Two episodes in though, I started thinking to myself – football is by far the most worldly of games.

You need very little to play it, it brings so much joy to so many people, and it is literally played ALL OVER THE WORLD – on every hemisphere. Don’t get me wrong, there are problems within the game ―  racism still exists, FIFA has had a legacy of corruption, and the gender gap in pay between men and women is a big problem (the US is not helping this) – but really, it is the only game that can bring so many people, regardless of their differences, together.

Look at World War I, where on Christmas, the Germans and the British stopped their killing to play a game of soccer. When you look at Rwanda, after the genocide, football, or soccer as we call it in North America, helped gradually bring communities and neighbourhoods back together.

Other sports frankly don’t have the far-reaching popularity and impact that football does. Some might argue that basketball is the only other sport in the world that may be getting as close in regard to influence and popularity that football has, but it is missing the global history that football holds. You are completely free to disagree with me and would love to hear your point of view, but when has basketball been played during a war, or united a country after a war?

And then you look at the World Cup or domestic leagues – literally watched all over the world – where countries as small as Iceland, Croatia, Tunisia and even Panama having a chance to play for the trophy. The domestic leagues allow for cities and small towns to compete to be top of the table. And during soccer competitions, the passion is unbelievable – I know tons of people in Canada that would wake up at crazy hours to watch World Cup games that were hosted in South Korea and Japan.

Then we get to the emotional side – like in every other sport, there is happiness, nervousness, heartbreak, and inspiration. But what is missing from most other sports that are played around the world is the camaraderie between fans and the passion fans have football. The hooligans being the exception, you look at other sports cheering sections and they do not compare to that of any football match. How many people do you know would travel religiously to the opposing team’s stadium to spend 90 minutes in the highest corner of the stadium, chanting away? Well, that is commonplace in football. Even TFC fans will do that. Even within APEX, we have an Everton, Man U., Liverpool and Arsenal/Barcelona fan (me), and we all religiously tune in every Saturday and Sunday to watch our teams compete (thanks DAZN).

So, it really is up to you to agree or disagree, but everywhere I’ve traveled the one sport that is always front and center is football. I have not been to Asia, Oceania, the Middle East or the Balkans, but I am willing to bet a lot of money that even there, the most widely followed and impactful sport is football.

Even with the game blacked out for now, the memories, the feeling of global solidarity and the hope for the future, keep me personally grounded.

Kevin Behar is a consultant for APEX PR.

To get more insight into how passionate we are, drop us a line or check out our other blogs.