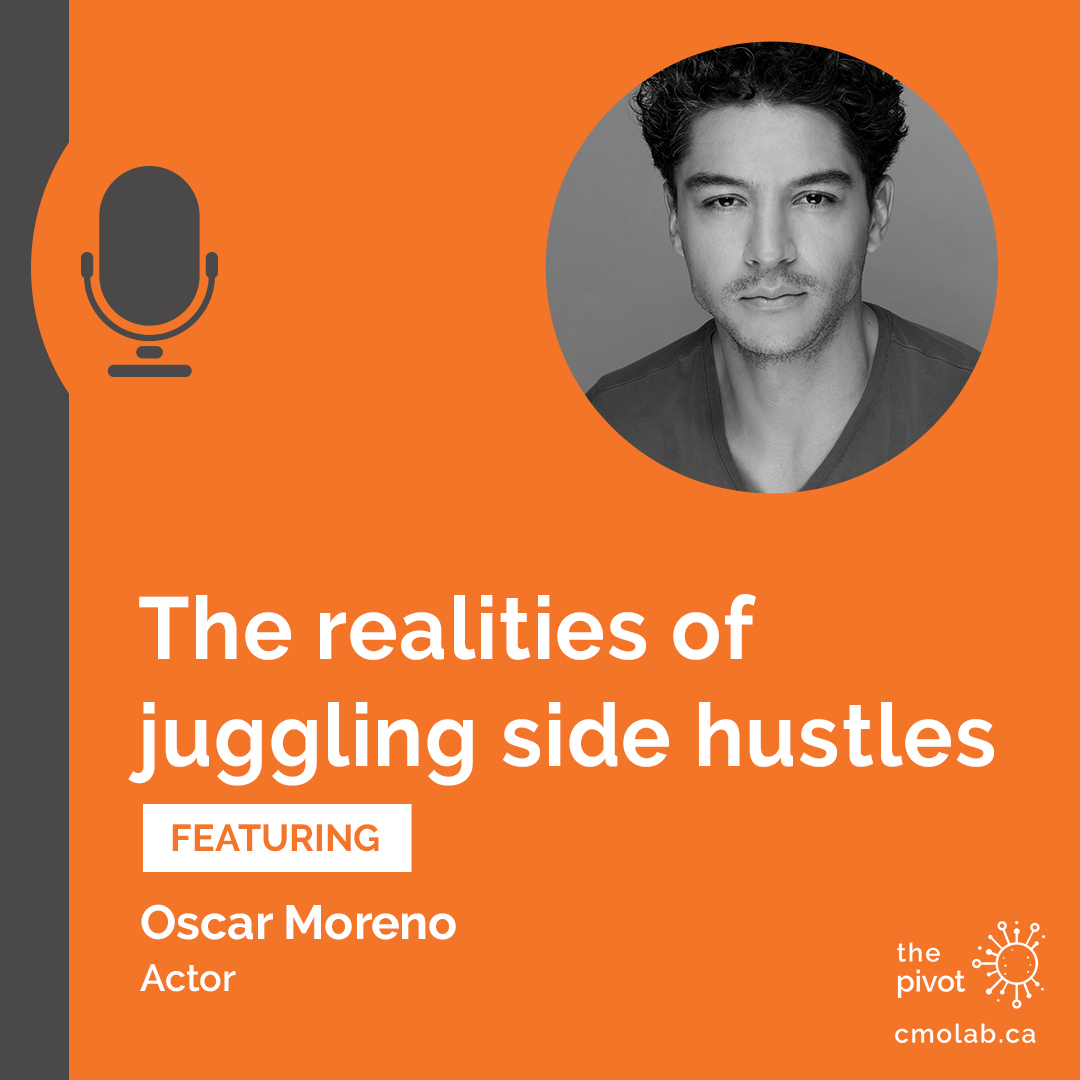 In this episode, Ken is joined by his friend and Toronto-based actor Oscar Moreno.

As an actor, Oscar has juggled multiple side gigs in between auditions – something very common in the entertainment industry. Tune in to hear his stories on the realities of juggling side hustles since moving to Canada from Columbia, his acting career, auditions in the COVID era and his hopes in seeing more Latin and queer actors cast in leading roles.

NEXT: The Pivot – Local Logic