Do something awe-inspiring to reignite creativity 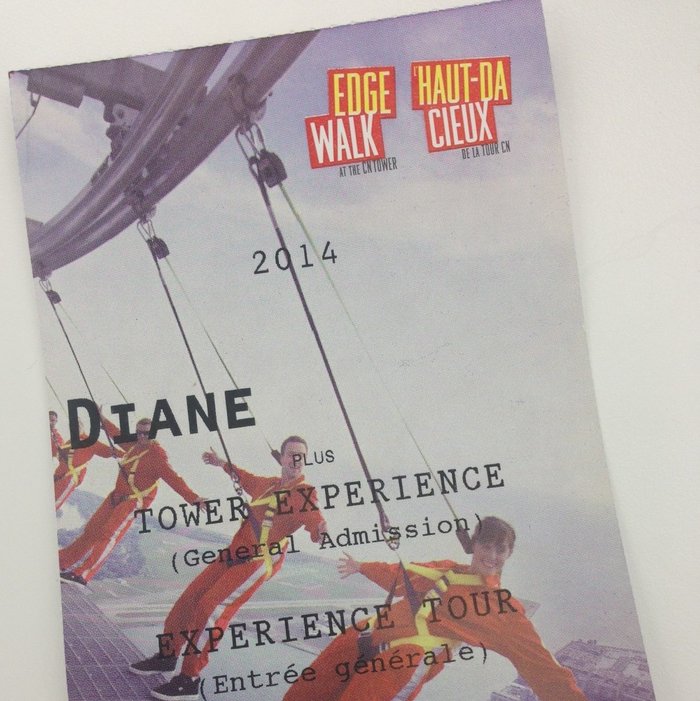 APEX’s “dare month” theme couldn’t come at a better time. Coming off of a tough winter, the chatter around our office has gotten people thinking about getting adventurous again, which is why I tried CN Tower’s EdgeWalk yesterday.

It was a dare to spark more creativity.

I regularly seek adventure, but EdgeWalk was one of those things that completely scared me when I first heard about it in 2011.

Why should you personally challenge yourself for work?

The time leading up to the EdgeWalk I flip-flopped between thinking “no big deal” to being quite nervous. When I woke up Thursday morning I thought “I really don’t want to do this.”

The day before it was so foggy that Edge Walkers who chose to go up didn’t see much, which may have helped my fear if visibility was poor. But of course, the clouds cleared up in time for my six o’clock adventure.

There are a ton of security checks as you get geared up with overalls, proper shoes and harness.

Five of us were on the walk (one from Japan, one from Mexico and two Indonesians now living in New Zealand where they have a similar sky walk that is half the height).

The whole experience is about an hour and a half, with the walk itself taking 30 minutes. At first the height is naturally fear-inducing as they walk you through a few exercises including a front lean (think Titanic pose) and backward lean over the city.

The guide also told us how in 1929, the Fairmont Royal York was actually the tallest building in the British Commonwealth. So people would come to feel a similar sort of awe (from the comfort of a luxury hotel room) that we were getting in a harness some 356 metres (116 storeys) above ground.

Of course the view from the tower is spectacular and I did remember to appreciate it, including Niagara Falls in the distance over Lake Ontario.

Fear and awe can go well together, although I suspect my next adventure will be a tad less emotionally trying. Near the end of the 360, I was ready to come in.

I would do it again, but my limits were truly tested. Now I’m ready for something different.

A few quick facts about EdgeWalk:

Need some fresh ideas to give your brand an edge? APEX has the expertise.

Diane Bégin is an Account Director at APEX Public Relations. She regular posts her other adventures on Panaramio. 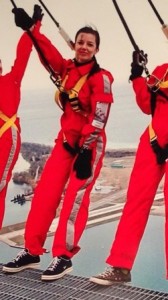 EdgeWalk with Toronto’s Billy Bishop Airport in the distance.