Meet our (other) new intern 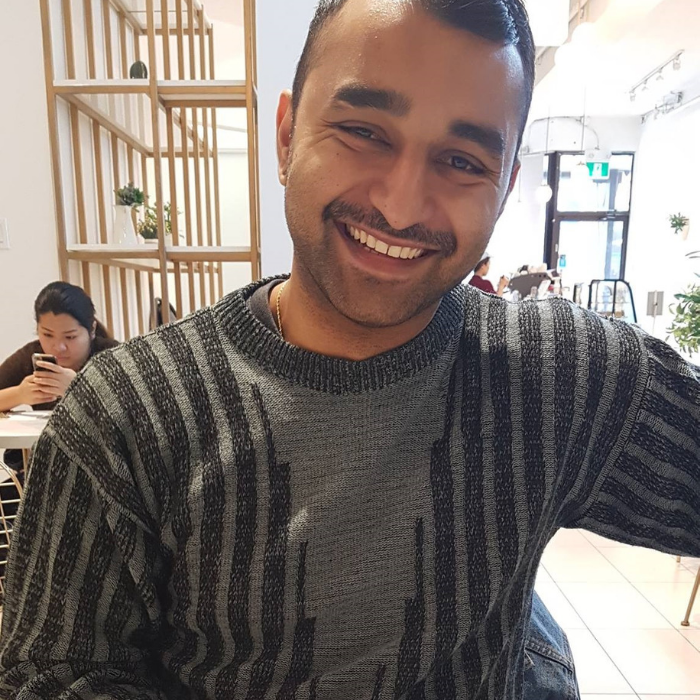 Nihal Mandanna C.P. is another one of APEX’s new team members joining our integrated communications team. He completed his post-graduate certificate in Public Relations after an unsuccessful attempt at becoming a scientist. Here’s what he has to say so far about his experience in the world of PR.

Who are you and tell us about your background?

“I seem to have an affinity for living in places that were once British colonies, which really explains how I seem to only be able to speak one language reasonably well.

I graduated with a degree in Global Nutrition from McGill University, which made me realize I sucked at science but discovered that I am very good at talking a lot and connecting with people from different walks of life. So, I took the leap, did my post-grad certificate in public relations at Seneca College and realized that the world of integrated communications is where I want to be, for now at least. Working at APEX has already confirmed to me that I’ve made the right choice.”

“There are way too many people to count. In general, anyone who is willing to work towards a goal and accomplishes it while refusing to step on other people along the way always wins in my eyes. If we’re talking public figures I would have to say Bill and Melinda Gates for all their contributions over the years to improving the state of health around the world. Greta Thunberg, who is a stunning example of the impact of youth activism and finally the obligatory “my parents” line in here so that I actually have a place to sleep tonight.”

What app or technology do you rely on most day-to-day?

“I would have to say Spotify is 70 per cent of what my battery life goes towards and wireless earbuds or headphones are always a part of my everyday carry. Music is so crucial for those morning walks to the office as well as when you just need to zone in and focus.

Who is your favourite Instagrammer and podcast?

“I don’t know if a comic series really counts as an “Instagrammer” but I’d have to say my favorite Instagram account right now is the @nathanwpylestrangeplanet page. I just find his comic strips very entertaining and clever. If I would have to say a particular figure, I’d go with Marques Brownlee (@mkbhd) who makes stunning and insightful tech content on both his Instagram and YouTube accounts.

As for a podcast I’ve really been listening to recently, CANADALAND is my current go-to. It’s a fantastic podcast about the state of Canadian media and is a great example of independent journalism done right (in my opinion)”.

What are you most excited for this year?

“I’ve been planning to attend a number of live concerts this summer. Music has always been a big part of my life, but I never really prioritized live experiences. So, I’m excited for that to change starting with Anderson.Paak in June!”

What is the most important piece of advice you could give for someone starting a career in PR?

“Be hungry and eager to learn. It’s really as simple as that. Grab opportunities when you are presented with them, embrace failure and learn to not take constructive criticism personally.

From a more practical angle really learn about as many aspects of communications as you can. The comms industry is constantly evolving with marketing, public relations, data analysis and other technologies constantly shaping the space, so taking the initiative to expand your knowledge base will really benefit you sooner than you think.”

NEXT: How to be a better ally.