The Indigenous: An overlooked emerging market in Canada’s backyard 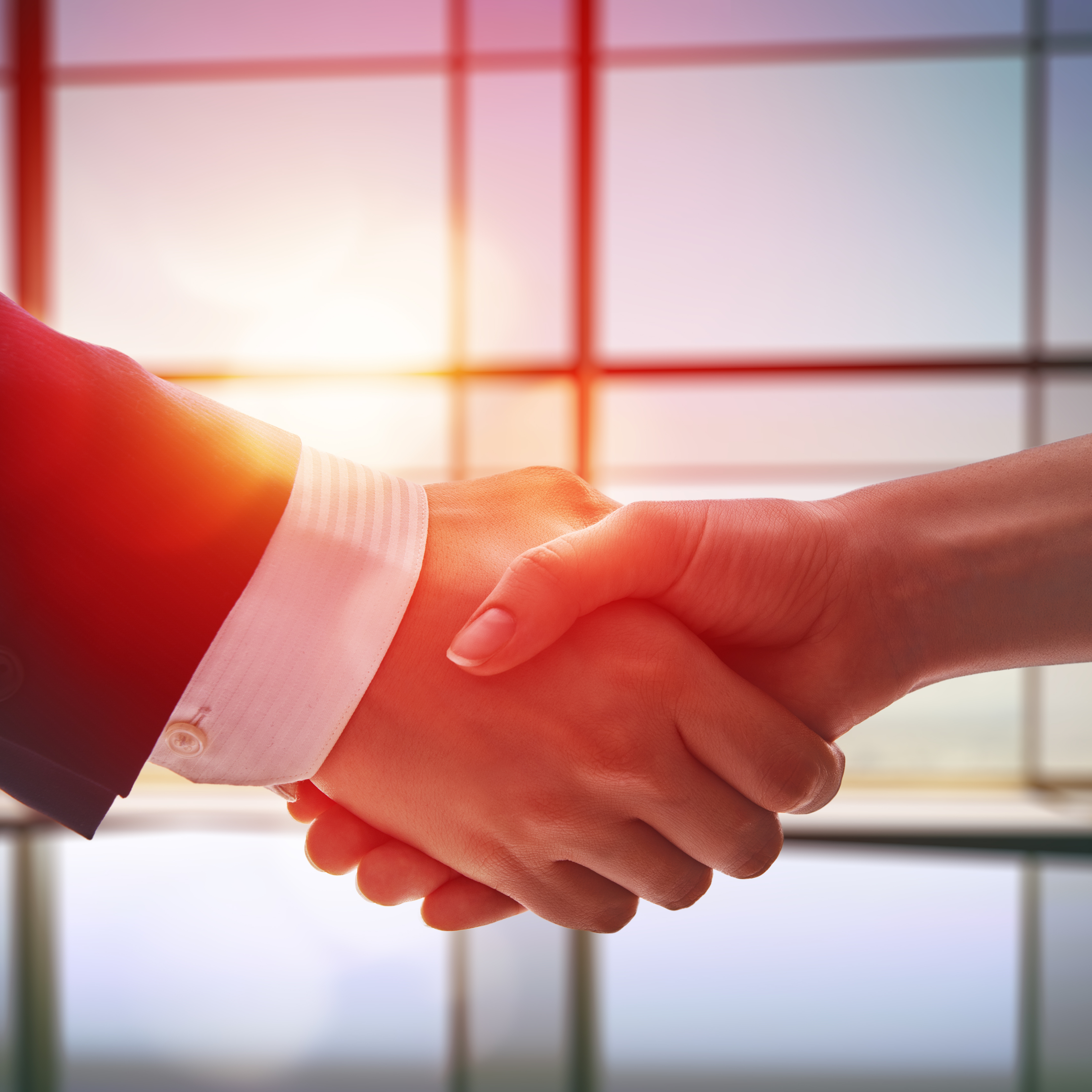 The indigenous peoples in Canada are the fastest growing demographics (at a rate of 20 per cent from 2006 to 2011, compared to the national average of one per cent since 2006), with a median age of 28 and land reserves totalling nearly three million hectares near metropolitan hubs like Vancouver, Edmonton and Calgary.

So it’s perplexing to see the potential of indigenous peoples as valuable economic partners not fully recognized by corporate Canada.

While our indigenous populations acknowledge that economic activity and independence is the most direct path to self-determination, the private sector seems largely unaware of the dynamic opportunity before them. It’s essentially an emerging marketing at their doorstep.

The limitations of federal government funding and the Indian Act has historically hindered critical economic and social development within First Nations, Métis and Inuit communities. And absent of any imminent and significant reforms to the Indian Act, it’s going to take ingenuity, courage and patience for private investment to collaborate and partner with the indigenous to unlock significant economic opportunities. Now is the time.

Today, most private companies in Canada see indigenous constituents and entities as fraught with risk and challenges rather than opportunities. Firstly, indigenous peoples are not monolithic, but highly distinct and diverse economically and culturally. Secondly, we have scant examples of corporate Canada collaborating with them effectively and equitably. Most cases profiled are about confrontation and clashes over mutually exclusive interests.  But that is but one reality and narrative, overshadowing a flip side that is also taking shape.

There are insightful minds in the private sector who are stepping in to provide the building blocks necessary to stimulate dynamic economic activities in these communities. Companies that realize the need for innovative, non-traditional solutions – such as short-term bridging financing options to expedite the path to viable projects and the economic and social return they spark. These are companies that recognize the profound business potential and the demographic and entrepreneurial power of indigenous peoples.

While the Canadian government addresses the core pillars of the Truth and Reconciliation Commission’s report, Canadian companies, big and small, need to think beyond stereotypes. This can begin with rethinking the approach to cooperative partnerships with indigenous peoples, where they are seen as pivotal partners and not just bystanders.

Now is the time to grow and amplify the partnerships between corporate Canada and our indigenous communities to accelerate employment, business and economic development. It’s an emerging market just ripe for investment.

Mike Delisle is the former Grand Chief of the Mohawk Council of Kahnawake (2004 – 2015) and the current Head of Sales for Douglas Cardinal Housing Corporation and The Usand Group (APEX client). We spoke to him about some of the key challenges of cooperative partnerships between corporate Canada and indigenous peoples.

Q: As a former Grand Chief and a former banker with BMO, you’ve been on both sides of the table. Why do you think corporate Canada has been so hesitant to collaborate with indigenous communities?

MD: It’s several fold. Corporate Canada tends to be risk-averse – they stick to doing things they’re comfortable with, and for the most part, doing business with indigenous communities is a long, difficult process.

There’s also the fear that if they start to bring indigenous communities into the fold, and begin making us an actual partner (equity or otherwise), we might get majority share and take the upper hand in collaborative projects.

Location is a major issue for corporations. Many communities are in rural regions and therefore hard to reach. If they aren’t accessible, it’s hard for businesses to see the value of investing in those regions.

On our part, there’s a lack of trust. When approached, the initial reaction of many communities is “why?” and it’s rare that we get a satisfactory answer. We’re looking for equality and long-term partnerships, and very few companies embody this approach. We’re not an innately trusting people due to our history, and if companies approach us looking for a quick deal because they need something – whether that’s access to land or natural resources we walk away with even less trust and the deal is done.

Q: How should collaboration take place?

MD: The Canadian government and large companies have been ‘talking the talk’ for years, but now it’s time to put trust and money where their mouth is. As indigenous peoples begin to control larger land bases and valuable natural resources, both corporate Canada and the government are beginning to realize it’s in their advantage to approach us first.

But they need to change the way they approach us. We don’t want veto powers, and we don’t want to be “consulted” at the last minute. We want to be at the negotiation table, before projects begin.

My community has been emphatic about this shift in approach. We also have adequate resources available to make ourselves heard. As such, today businesses are coming to us more frequently to negotiate than just asking us to sign the dotted line. Sadly, that’s not the case for many other communities who don’t have the resources to negotiate. They are given the paperwork and asked to sign within 48 hours without much choice or involvement in the process.

Q: Why is it profoundly important now, more than ever, to grow and amplify corporate Canada’s partnerships with indigenous communities and businesses?

MD: We have the capacity to become valuable economic partners for corporate Canada, but they need to recognize the opportunities in front of them. Yes, we might have things they want – such as land and resources – but it also makes sense to build real, long-lasting partnerships between us for a number of other reasons. We have established economies and territories, booming indigenous businesses, and the fastest-growing demographic in the country. Why not develop a partnership and see what we can all bring forward together?

Q: What can corporate Canada do toward rebuilding Canada’s relationship with its indigenous peoples? Examples.

MD: Corporate Canada has the ear of the government, certainly more than indigenous persons do. We want to be equal partners, but not just in the urgent phase of negotiations. We want it to be now, and we need corporate Canada to lobby governments on our behalf. We need them to stand with us for the right reasons – that doesn’t typically happen, unless there’s something we have that they want. It’s never a real business partnership; unless laws and policies change, we’ll never achieve equality.

Q: What do indigenous leaders and communities need to do to play their part in this partnership?

MD: They need to be more accommodating as well – we need to live in the present and look forward to the future. If we completely, entirely and consistently live in the past, holding on to grudges, harbouring anger and anxieties, we will never move forward. And while it’s time for corporate Canada to put money where their mouth is, we also need to do our part and be trusting and accommodating. Indigenous leaders need to realize that to move forward, we need to focus on business, not history.

A large part of this is accepting that negotiations, and successful partnerships, are all about give and take. Indigenous communities are sometimes put off by hearing “this is the best deal we’re going to get,” but reality – and business – sometimes dictates that.

Q: It’s been more than one year since the TRC report was released. In your opinion, do you think Canada, the industry and indigenous peoples have done enough to create action?

Personally, I was optimistic going into the last election, but it’s been more than a year now without any real change. History dictates that when governments spend tens of millions of dollars on reports like this, more often than not they’ll be caught up with factions that don’t like or want change.

I’m an eternal optimist. I believe change can happen with the right people in the room – for example, regular working summits with decision makers present. This includes indigenous leadership, government decision makers and corporate Canada; but if those three parties can’t sit at a table with a shared agenda moving forward, we’re never going to achieve real, long-term change.

Melissa Vekil (@melissavek) is a Consultant with APEX Public Relations, specializing in the corporate and technology space. If you’re looking to magnify your brand, tackle a delicate issue, or media train your executives, reach out to us at better@apexpr.com.

NEXT: RSA Canada Gets Personal: Case Study in B2B Communications