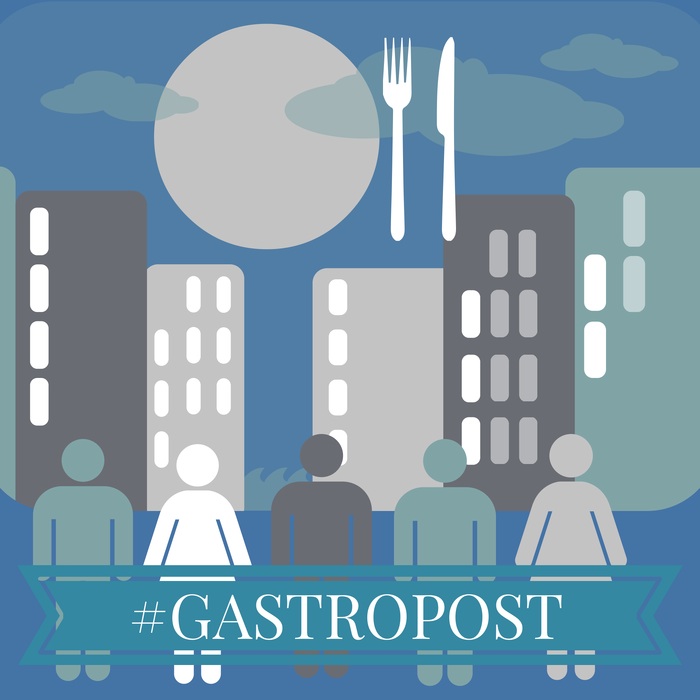 Brittney Le Blanc, community manager for Postmedia’s @GastropostYEG and @GastropostYYC, is someone you would definitely call passionate – about Edmonton, about life and about food.

We first met in her days back in radio – in the early days of Twitter. The NAIT (post-secondary where I worked at the time) alum was starting to make a name for herself.

She’s one of those people who gets what online communities are all about – being in community, especially in person.

Brittney is co-founder of the tech meet-up group @YEGGirlGeek and Edmonton’s new media awards the Yeggies.

What I find especially charming about Brittney is that you can pretty much ask her anything about Edmonton and she knows something about it. And she’ll always top what you know about the thing. Making her truly a woman about town.

Two years ago, Brittney challenged herself to meet 5,000 people in a year.

A challenge that came about because she realized she was already meeting at least 1,000 people each year. Instead of doubling the number (because she figured that wasn’t challenging enough) she picked the next best round number.

So that’s like 15 new people – every single day. For a year.

But her most recent venture came in October 2013, shortly after completing her 5,000-person quest, when she became community manager for Gastropost Alberta.

Each week, a new mission is launched and Brittney helps bring attention to those foodies by profiling their pictures in the Edmonton Journal or Calgary Herald.

With similar communities in Toronto and Vancouver, Brittney and colleagues have launched one of the most delicious hashtags in the country. #Gastropost

This month, read about other people we think you should know.

NEXT: Hey there, PR genius…your Google is showing