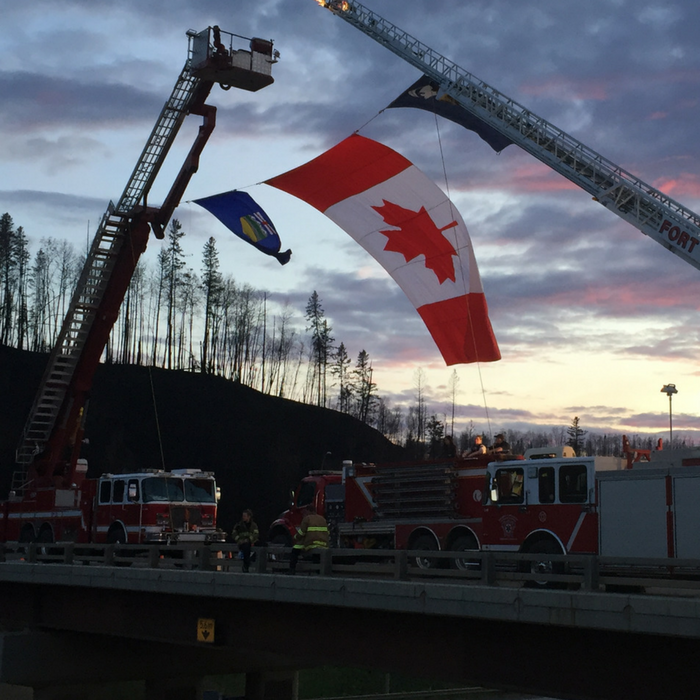 On May 3, 2016, the city and surrounding communities of Fort McMurray, Alberta were engulfed by a massive wildfire, compelling the immediate evacuation of almost 90,000 inhabitants.

The Regional Emergency Operations Centre (REOC) operated by the Regional Municipality of Wood Buffalo, which serves as a 24/7 communication and response coordination centre was previously activated to coordinate the initial response and to maintain support for the wildfire. Given the situation, REOC was in need of more on-the-ground communicators for integrated crisis communications between the municipality, province, premier’s office, NGOs, residents and first responders.

A crisis within a crisis was rapidly taking shape.

As a result of our reputation and work within the municipality, the Director of Emergency Management called to ask for the immediate deployment of additional communicators.  APEX deployed a small team to REOC under extreme conditions, with the immediate responsibility of establishing lines of communications and processes between the municipality, the province, the premier’s office, Insurance Bureau of Canada, the Canadian Red Cross and other key operational leads.

As the crisis evolved from evacuation to re-entry, the rotating APEX team remained on the ground from May 12-June 30, 2016, working 16 – 18 hour days, seven days a week at the crisis’ peak.

As the situation evolved from crisis to recovery, a rotating APEX team also served on the ground from July 25 until November 10, 2016 to assist with ongoing communications needs.

The 2016 northern Alberta wildfire has since been deemed the costliest insurance disaster in Canadian history and the biggest news story of 2016.

Below are highlights of an October 2016 ruckus makers event featuring the Regional Municipality of Wood Buffalo’s Jordan Redshaw and Robin Smith, along with APEXer/ruckuser Diane Bégin who served on the ground from May 15-June 30, 2016.