What does ethics in communication mean today? 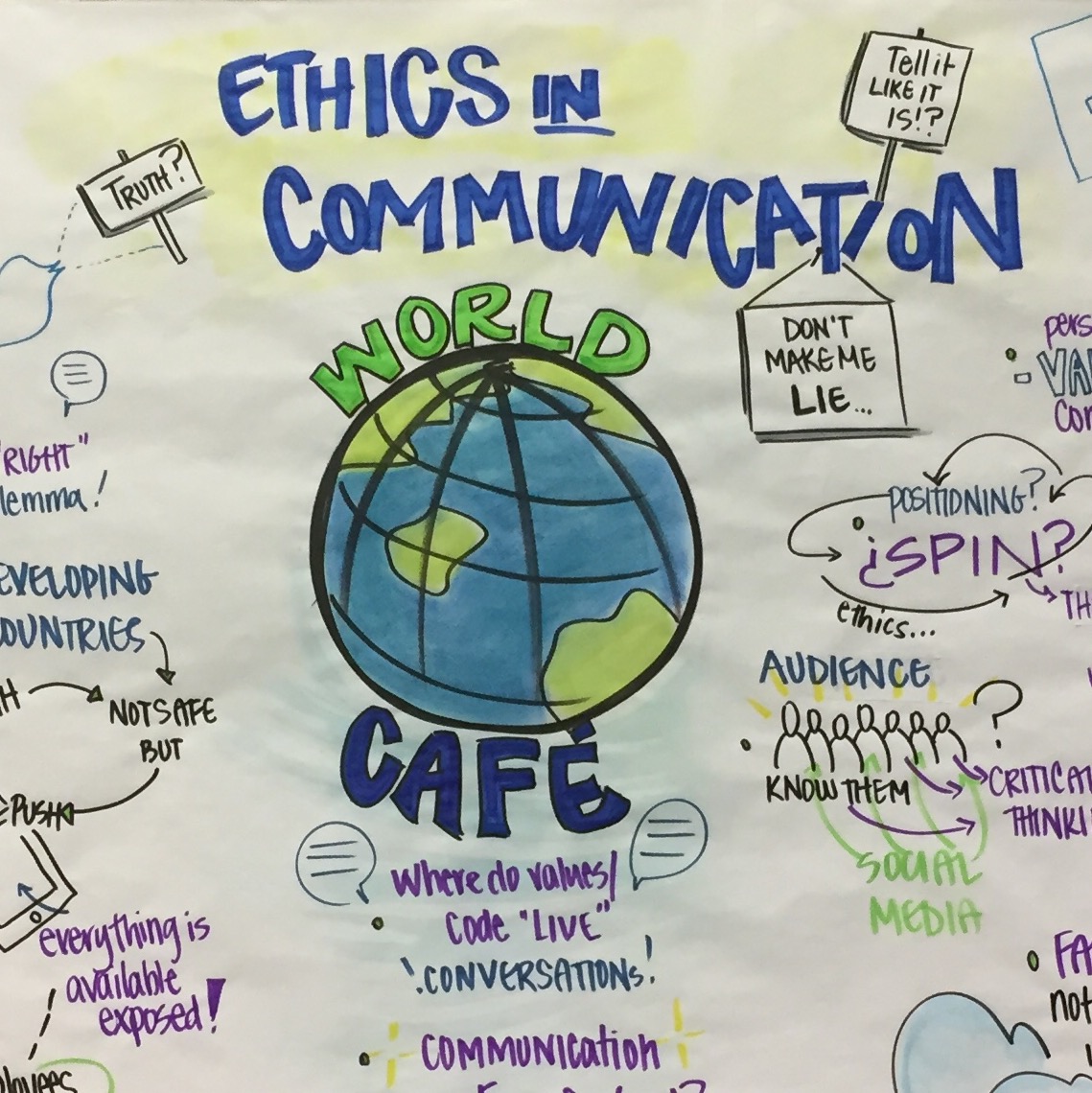 A recent Forbes article about public shaming of giant corporations was at the core of a World Café held at the International Association of Business Communicators World Conference held recently in Washington, DC.

The conference was kicked off on the same day as the Equality March as part of the city’s yearly Pride celebrations. Given the events, as expected the city was full of protesters.

The environment was also reflected in a roundtable café discussion of over a thousand communicators from literally from around the world. A World Café discussion is “an integrated set of design principles for hosting conversations that matter,” through the following principles:

The World Café Community is based on the idea that “these design principles bring about the best kinds of conversation.”

And the “questions that matter” framing our discussion included

Ranging from a lawyer who did not think you had to be truthful to be ethical – as long as you were honest about not being truthful – to a woman in communications from a US pharma company who spoke about the increase in levels of vetting that their communications were now subject to in light of the current political climate – the room, not surprisingly, held a vast range of international opinions.

The “collective discoveries” were shared through this visual. Consensus was that there was no consensus. (Click on image below to make larger.) 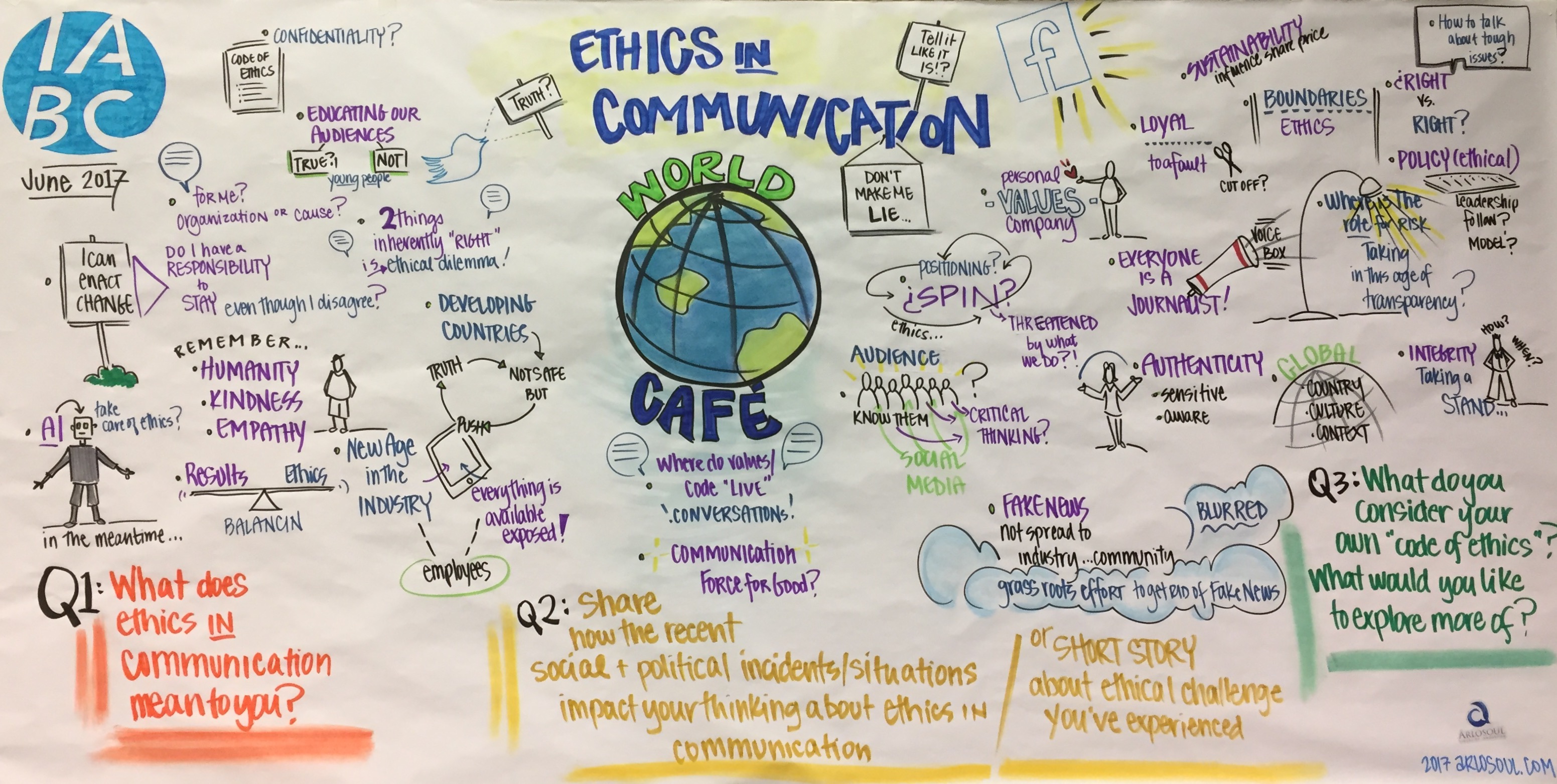 But, what did I get from the discussion, what does “ethics in communication” mean to me?

It means that individuals are not led by a collective right or wrong, but rather that their ethics are defined as their own acceptable guide for what they say and do.

It’s really about what they feel they can justify and live with as being “right.” And that’s it.

Diane Bégin participated as a speaker at the 2017 IABC World Conference (see case study). Need help with your reputation management? Drop us a line.