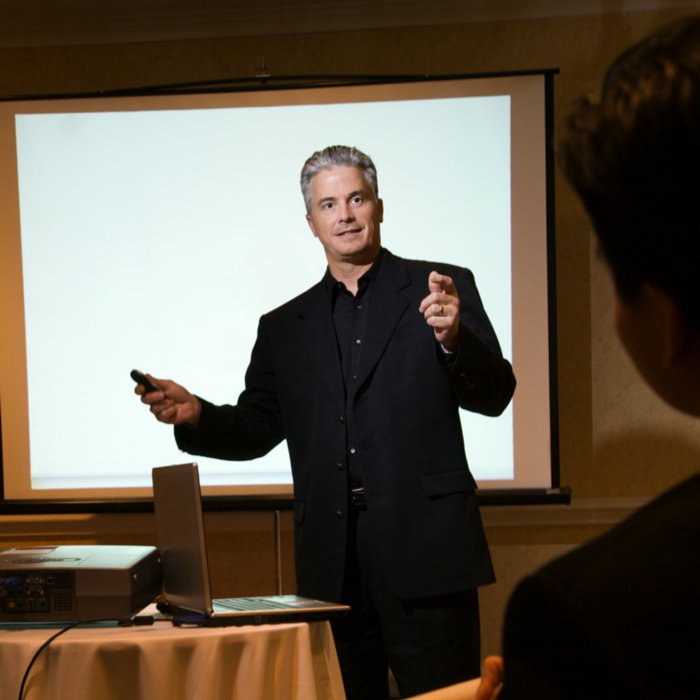 For March, the APEX team is exploring the best communication advice ever.

After close to 20 years in the communications/PR business I’ve received a treasure trove of wise advice from mentors, bosses, colleagues and clients.

I’ve also be on the receiving end of some pretty questionable counsel (which I may elaborate on at a later date), but suffice it to say it often mutated around the common theme of not communicating.

Trust me, communicating is far easier and a lot less messy than the alternative.

So, the best communication advice I’ve ever received came from the geniuses of persuasion, Chip and Dan Heath, in their seminal 2007 book Made to Stick.

I refer my media and presentation training clients to the Heath brothers all the time as they have some of the most practical and effective techniques of persuasion I’ve ever come across.

But one of the most useful pieces of sage advice, in my opinion, is the power of “surprise.”

This is especially powerful in a public speaking, pitch or meeting setting. In such situations, your goal as the communicator is to quickly (within 10 seconds in fact in my books) convince your audience that they must engage emotionally and intellectually in what you’re about to present.

If you can’t get this from them at the outset, then your odds of helping them retain and act on your content falls precipitously.

Yet, most presenters totally botch this opportunity. They harness conventional norms of introductions, such as

“Thank you for taking time out of your busy schedules to be here today, my name is….”

You’ve lost them already. And once gone, it’s incredibly hard to bring them back.

Instead, switch it up. Drop the formal introduction, or at least its sequence, and start with a provocative statement or make a claim that taps into the audiences’ self-interest.

If I’m speaking to a group of marketing managers, the first words out of my mouth might be

“You want to win the hearts and minds of your target audience…right? You want them to spread the merits of your brilliant innovation far and wide. Then supress the brand and get humble folks.”

This might sound a tad harsh, but it’s meant to provoke, and prevent your audience from falling into a lull of “same old, same old.”

Instead, they’re little bit jolted. Their heart rates pick up a little and they’re also intellectually and emotional invested because you’re talking about their primary professional purpose in life, which is to engage audiences effectively.

I might then introduce myself after the unexpected opening as I now know that the audience is in a better position to be persuaded.

So, the next time you present, pitch or lead a meeting, try the element of “surprise.” I think you’ll be pleasantly surprised by the outcome.

Ken Evans is a managing partner at APEX. What communication advice do you have? Let us know here or on Twitter. Also check out what others said.

NEXT: It’s not what you say, it’s how you say it