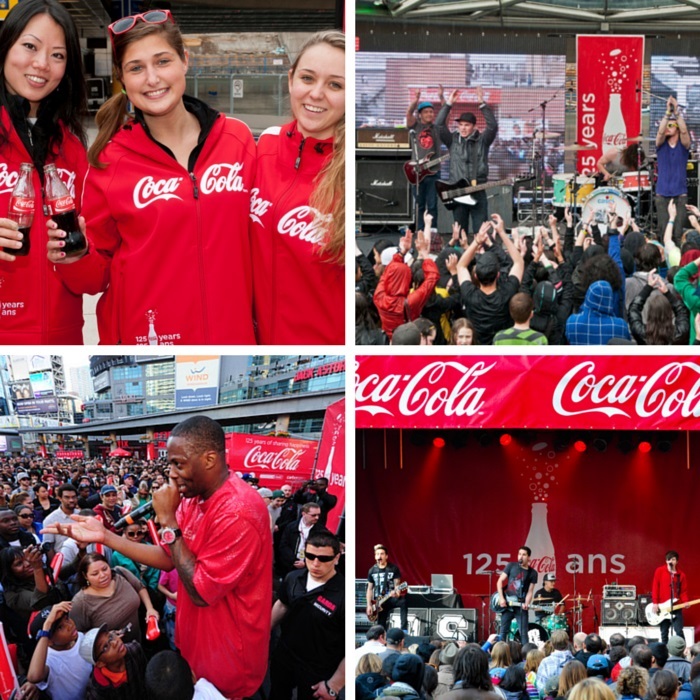 When the world’s most recognized brand came to APEX to help tell the story of their 125th anniversary, it was both an honour and a challenge we were eager to take on.

Coca-Cola is more than just the number one international seller of soft drinks; they are a dedicated to spreading a message of happiness throughout the world.

APEX jumped into action by creating the Coke Happiness campaign, which included coordinating and commissioning the most comprehensive survey of happiness in Canadian history.

The campaign culminated in a series of free live concerts in three major cities hosted by Coca-Cola.

APEX collaborated with experiential marketing agency Mosaic to manage the talent as well as coordinate and staff the events. We handled the media relations to ensure that the events garnered excitement, coverage and excellent attendance.

The concerts were streamed live on iCoke.ca and highlighted homegrown Canadian artists from each city including:

The campaign reached over 10 million impressions and garnered attention from some of Canada’s biggest media outlets including Maclean’s magazine, Yahoo! Canada and 680 News.

NEXT: GTA PR program hashtags you should know