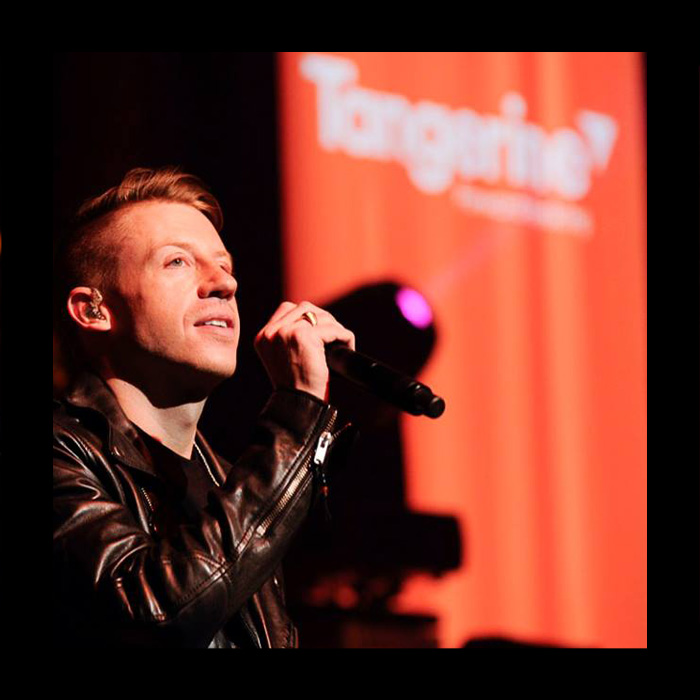 When ING DIRECT Canada was preparing to announce their rebrand to Tangerine, the bank turned to APEX to help reveal its new name and logo in a refreshing way to employees, clients, and the media. Ripe for the challenge, we threw a celebratory bash at Toronto Centre for the Arts featuring a town hall presentation from CEO Peter Aceto, as well as the unveiling of the new name and logo with the assistance of an illusionist. Following that, over 700 employees and special guests were treated to surprise performances from Canadian favourites Walk off the Earth and chart-topping rappers Macklemore & Ryan Lewis − entertainment innovators whose progressive approach to music paid homage to ING DIRECT’s history of breaking the mould.

We also planned and executed exclusive one-on-one media briefings for Peter Aceto with key target media from leading outlets such as The Globe and Mail, National Post, The Canadian Press, Bloomberg, and BNN, to walk them through the rationale for the rebrand, and reached out to a larger national media audience with the announcement. To date, the tale of Tangerine has generated over 40 million impressions….and counting.

See photos, tweets, and videos from the event on Storify.

NEXT: McDonald’s 3 key ingredients for engagement