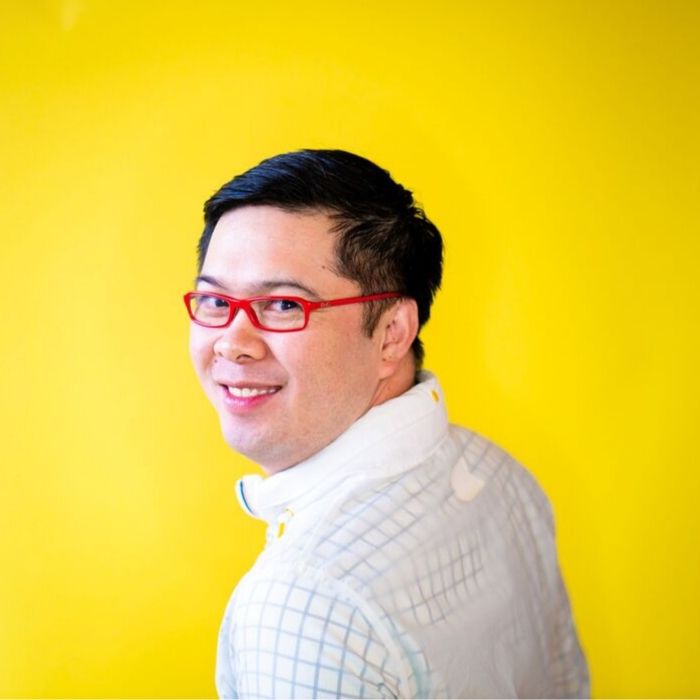 APEXer Diane Bégin recently chatted with Vong Sundara, who describes himself as the ‘Official Spokesperson for Gay, Super Cute Asians, sharing the Gaysian perspective on sports, life and trending topics.’ Vong is also the founder of Comedy Cares and creator of RICE – Asian Comedy Showcase, which was recently profiled in Now Magazine.

1. What first attracted you to the comedy industry?

“I used to organize human rights conferences in Alberta and found myself on stage a lot. No matter the subject matter I learned quickly that I needed to be somewhat funny to keep people’s attention. I also found that human rights conferences are a great way to meet with like-minded people to network and start projects BUT I also knew I was preaching to the converted. Generally, everyone in the audience agreed with what I had to say.

So stand-up comedy was a way for me to spread my message broader and in a package that would be received by a wider audience. One time after a show I had a straight, older white guy come up to me and say that no one ever made him wish he was gay and Asian before, but that I made it look really fun. So, it really made me proud because I thought, if a straight older white guy could feel that way, imagine if there was an Asian in the audience or a gay person. So that’s what motivates me to continue pursuing comedy, is to spread the message of unity and acceptance.”

2. What are some ways that you’ve grown your social media following and how have you kept them engaged?

“I find it’s really important to produce content that my audience will enjoy. So, starting last December I started publishing a daily joke of the day video. I built on this strategy a couple months ago by starting to publish a daily illustration of the day (for those who can’t watch video or audio during the daytime). I’ve found that the audience really appreciates this so that when I promote my shows or products (books, albums etc.) that they are more receptive since they’ve gotten value from following me with my other posts.

For the different social channels, I think it’s important to post content natively instead of linking out. So, my Joke of the Day is formatted for each social channel separately according to their restrictions. Native posts have gotten way better engagement than linked posts.”

3. How will advancements in technology affect your work?

On the production end of things, I’m working on producing my own comedy specials and web series. Camera equipment nowadays is so much less expensive and can produce almost Hollywood quality footage. For instance, the new Panasonic Lumix S1H is going through Netflix certification now and it would be the cheapest Netflix-approved camera for original content ever at $5K. Before you’d have to look at $20K minimum per camera plus accessories to even think about shooting a comedy special.”

4. Who are some of your favourite individuals to follow?

5. Do you think it’s important to align yourself with organizations that represent you and your values?

“Absolutely. I run a non-profit called Comedy Cares, which connects comedians and charities to raise money for worthy causes. The charities we partner with most have raised money for new Canadians, queer youth, and literacy, all of which are really important causes that align with my beliefs.

Diane Bégin is vice president at APEX PR/ruckus Digital. Her husband Darryl Purvis sometimes performs with Vong (including as part of Comedy Cares).

NEXT: 2019 Report on Business ranking of Canada’s Top Growing Companies