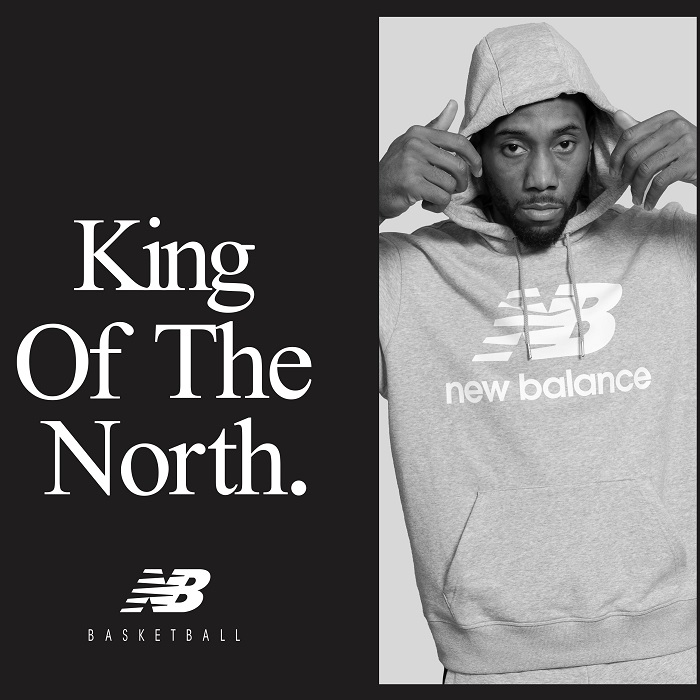 1. Give us some background – was there a problem that needed to be solved or was it a new, innovative idea?

This was a return/new territory for New Balance – basketball. Kawhi Leonard, a basketball superstar and now former Raptors player (he is on the Los Angeles Clippers now) signed with New Balance (NB). From the announcement of his deal with NB all the way to his video ‘thank you’ message while wearing his New Balance shirt that was distributed at the Raptors parade, the APEX team were on the forefront of pushing out all the news to the Canadian market – which was awesome – especially for myself as a Raptors fan.

Besides all that, the whole campaign was pretty innovative – from the leak of the All-Star shoe reveal before it went public (which we leaked), to the sending out New Balance “Stress Kits” and “Fun Guy” shirts to select media, along with seeding out Kawhi’s message to Toronto fans (while wearing his “Be Great” New Balance shirt), we showed innovation on all fronts. It helped having a unique athlete like Kawhi as a vehicle for the brand.

2. Did you reach the goals you expected to and how?

We absolutely blew our goals out of the water! Not only did we reach our goal in terms of the number of impressions and stories, but we were also able to build relationships with media that we usually don’t work with. New Balance went from a shoe that was known for its “Dad” look and running shoe quality, to being an authentic basketball and lifestyle brand. Changing the brand narrative for New Balance through Kawhi was just as important as getting the impressions and the stories and has come as a big win for us.

3. What was the hardest part about this project?

The hardest part of the campaign was changing people’s minds about New Balance. Yes, we had a superstar athlete to help power the change, but they were not known for basketball shoes or even a part of the conversation when it came to basketball. That market has historically been dominated by Nike, Adidas and Under Armour, so to take a brand without a basketball presence and get people to be hyped for a product that was sold in limited quantities and keep them interested without being turned away was difficult – but a fun challenge at the same time.

4. What is your biggest take-away from this?

Brand perception can change so quickly with the right messaging. As I mentioned before, we did have an NBA star to aid us, but he isn’t your typical NBA star – he’s quiet, stays out of the starlight, has no social media accounts, and just plays basketball. So, to get him to do interviews was not an option and we had to get creative with how to pitch the assets we did have. Once we got people hooked though, their perception of New Balance was completely changed.

5. What was the outcome?

The overall outcome is a new generation of New Balance fans with a newfound respect for New Balance in the basketball and shoe collector realms.

Additionally, we also won an award –a Gold at the CMA (Canadian Marketing Association) Awards for Business Impact.

NEXT: New Year Resolutions All Brands Should Seriously Consider